Most people with Insulin Resistance (a.k.a.,Pre-Diabetes) inherited this trait genetically from a relative (their Mom, Dad, or someone in their family lineage).  However, some people also develop Insulin Resistance by having a diet high in simple carbohydrates (sugars) and living a sedentary lifestyle. 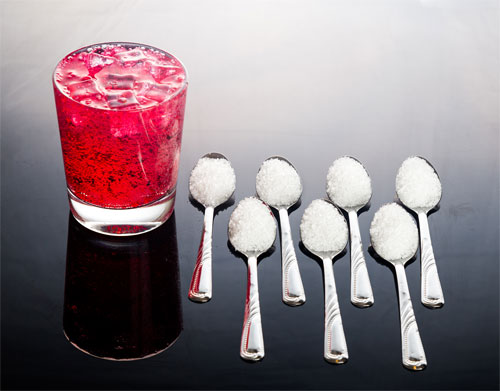 Insulin Resistance is the biochemical abnormality of the body in which a normal amount of the hormone, insulin, produces a sub-normal effect on its’ target cells, which results in an elevated fasting glucose; a metabolic consequence of obesity that will ultimately lead to Type-2 Diabetes.  Current medical studies show that 25% of adults, and up to 50% of adolescents (ages 12–19 years old), have Insulin Resistance (Pre-Diabetes).

Insulin is a hormone of the human body whose main function is to move sugar (glucose) out of the blood and into the storage cells of the body (Fat, Liver and Muscle cells).  When we over-consume sugar (carbohydrates), extra amounts of sugar in these cells are turned to fat, the form of fat known as Triglycerides.  With continued consumption of sugar/carbs, triglycerides are released back into the blood and then are collected in abnormal fat cells (the fat that we need to lose).

As we gain weight (fat) by eating too much sugars (carbs), these storage cells ultimately become unable to store sugar. Eventually the storage cells become “resistant” to insulin’s attempts to move sugar into these cells (for storage).  At this point, insulin becomes less effective. The body compensates for this by producing higher levels of insulin into the blood. This is the meaning of “Insulin Resistance.”

High levels of insulin in the body (Insulin Resistance) results in:  weight gain, blockage of fat loss, increased hunger for sugar/carbs and increased levels of inflammation.  When Insulin Resistance progresses to the point where the body’s blood sugar level is totally uncontrollable, we call this Type-2 Diabetes. This is important to note because insulin at a normal level is a good functional and vital hormone.

Due to the evolving situation of the Coronavirus (COVID-19), we have temporarily switched all our patient appointments (new and existing) from in-office to virtual appointments, to continue to provide care to you. We utilize a secure, HIPAA compliant Telemedicine platform for these appointments. Please call our office at (972) 818-8800 for more information. Thank you.